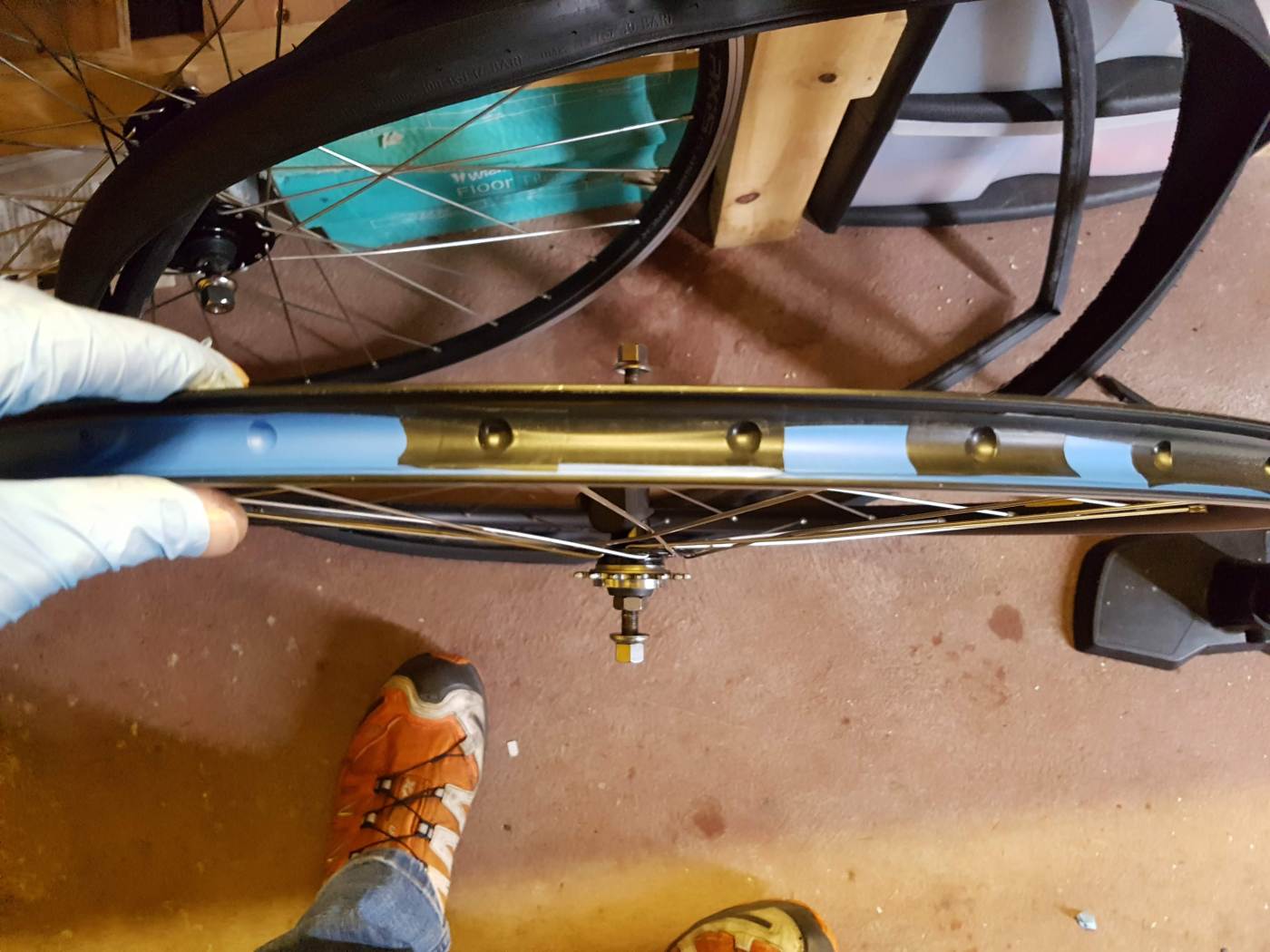 You have to be slightly prepared when you buy a second-hand bike. Or second-hand anything for that matter. You never fully know what has happened or what work has been carried out before you get your hands on it.

I’ve had a few second-hand bikes and components over the years and I’m starting to become less surprised by some of the things I’ve seen. The latest bodge job I’ve seen was from my track bike. I bought it second hand, but the chap who had it before me clearly took a few short cuts.

I’ve recently changed the wheels and upon removing the tyres from the original wheels, I discovered the best rim tape bodge job. The rim tape had clearly failed and the previous owner seemed to have decided not to bother buying some new rim tape for about £5 but just tape over the gaps with what looks like electrical tape.

I mean, I’m partly impressed, it’s obviously worked quite well because I’ve not had any issues with the tyres or with punctures. When I pulled off the tyre on the other wheel it showed a different rim tape altogether. I think this has been repaired in the past, badly I might add, and then a second quick fix was then applied.

Either way, it made me laugh and I had to take a picture and write something about it.

What was the last bodge job you discovered on a bike?

2 thoughts on “Discovering a Bodge Job”

Back out being a roadie! The last few months have been tough to get out on the bike. However a new bike always make it easier! I've got lots of plans for this one.
It was going so well... just a quick spin on the local trails after bleeding the brakes to make sure they work. About half way round the front tyre decided it didn't want to stay inflated...
I cannot wait to get back out on the bike later today. It's a shame work gets in the way.
A quick spin out to the local woods. The #bronson is currently in bits so the @orangebikes hardtail is out.
It was definitely worth get up early and going for a quick spin round the block. Even had time to pull over and enjoy the sun and the views!
New blog post up on www.life-behind-bars.co.uk about #lifeinlockdown. Check out the link in my bio to see the latest article!
Taking a moment to enjoy the sun, the peace and quiet of lockdown, oh and the bank holiday weekend!
It's been a long time coming, but I finally managed to get out on my road bike. Of all the times to get out #lockdown
Keeping it clean... Who else has used car shampoo to wash their bike?